Jasmine A. Bazinet-Phillips
Northwood Appold Community Academy I (NACA I) is a Freedom and Democracy School grounded in the civil rights movement. At NACA I, students learn Freedom is your choice and Democracy is your voice. As the #BlackLivesMatter protests continued in the National Football League, I advocated for students to choose to participate in the protests as well. This mini-example of advocacy is displayed below demonstrating student knowledge that their voice and actions have value and they can challenge systemic injustices and inequality of opportunities.
Advocacy Example: NFL Protests - Student Inclusion
As a teacher, I am an advocate for all the students whom I teach. In September 2017, correlating with the NFL protests supporting the #BlackLivesMatter movement, I encouraged my school to designate a day that encourages scholars to participate in the protest during our school pledge. I composed an email to my school director and principal and as instructed,  I wrote a letter to the school, which was printed and distributed to the students the next day.
The letter to the school informed families about the choice on Friday, September 29th, 2017 to kneel, stand, sit or link arms during the pledge of allegiance in tandem with the NFL protests supporting the #BlackLivesMatter movement. The letter also, encouraged families to speak with his or her scholar about their choice and respecting other students' choices on this day because at NACA I we believe a collection of beliefs compose a democracy. 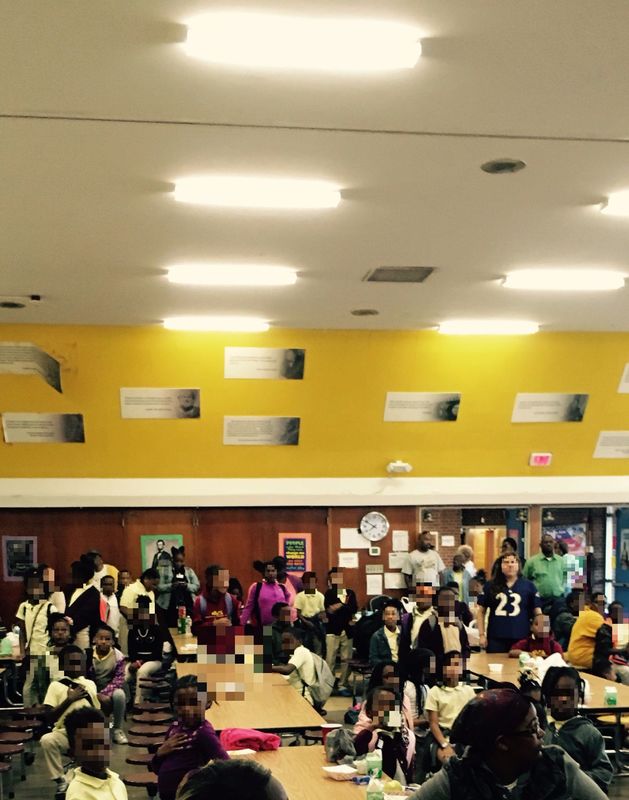 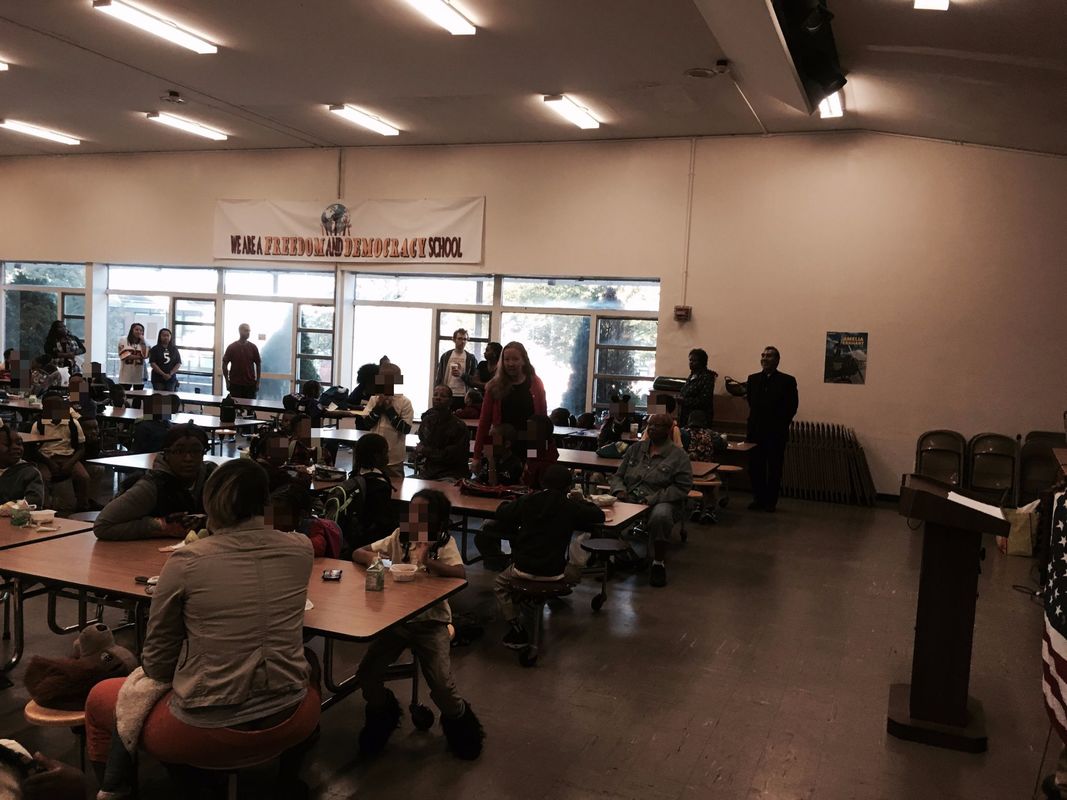 On Friday, September 29th, 2017 students chose to stand, kneel, link arms or sit during the pledge of allegiance. The two pictures above illustrate students actions on this day. On this day, students understood their actions have value and similar to Collin Kaepernick can facilitate change.

During our fourth grade Freedom & Democracy morning assembly students led the United States Pledge. Three fourth grade students led the pledge, two students held the flag and one student led the pledge on the microphone. Before beginning the pledge of allegiance, the students reminded our school community that each person in our cafeteria had a choice to stand, kneel, sit or link arms in support of the NFL protests, #BlackLivesMatter movement.
The school Operator, is speaking in our short clip advocating for student choice during the pledge on Friday, September 29th, 2017. He shares the importance of students' ability to share peaceful statements for change at our school referencing kneeling, linking arms, etc., which occurred during our Freedom & Democracy morning opening. As a Freedom & Democracy school operator is consistently advocating for students, faculty, staff and family member's ability to express themselves freely in our school community and democracy.

Each student writing sample demonstrates that students have knowledge of injustice in the world and know that their voice and actions have value. The five writing samples displayed demonstrate each student’s ability to write and think about the real-word problem of injustices for African-American citizens and police brutality in our country.

​In my classroom, each week students are expected to synthesize their learning or pieces of advocacy for the week. Following students choice during our morning Freedom & Democracy meeting on their end of the week assessment students were encouraged to write about their choice. Above are five examples of students' reflection in paragraph form on their choice to stand, kneel, link arms or sit during the pledge of allegiance. Each synthesis indicates students' understanding that their actions on Friday morning had value.
Back to Top